The Beautiful Lagoons Of Ecuador : Our 7 Picks

Being rich in and natural reserves, Ecuador is one country you would love to visit. It boasts of some of the most beautiful lagoons in the world.

In this article, we will take you through 7 of the most breathtaking lagoons you can find in this region.

The year 1280 was the last time the Quilotoa volcano erupted. During this eruption, there was a gaping caldera left behind. Today, this 3 kilometers wide caldera is filled with beautiful turquoise water.

The Quechua tribe, who are native to the central Andes region, are responsible for coining the name “Quilotoa”.

Standing at an elevation of about 3,900 meters, the Laguna Quilotoa is found around the countryside and many indigenous people still live around this area. They farm there just as their ancestors have been doing for thousands of years.

Quilotoa is a small town that is very close to the southwest of the lake and it offers the best view for tourists. To hike around the rim of the lake, you will need to cover a full distance of 7.5 kilometers.

The hiking path has a few spots that have been eroded, however, it isn’t so frequented. You can actually pass through the Caldera's entire circumference on some days without running into anyone else.

Overall, it’s a great sight to behold and a wonderful place to visit.

The Altar volcano is a very impressive sight to see in Ecuador. It is widely regarded as the world’s highest volcano before its eruption in 1490. It stands at a whopping 5,300 meters (17,389 feet) and its crater lake is known as Laguna Amarilla (The Yellow Lagoon).

Also known as “Capac Urcu”, the El Altar is an extinct volcano that is found on the western side of Sangay National Park and it is a top tourist attraction in this part of the world.

El Altar is probably the most difficult peak to climb in the whole of Ecuador. The months of December to February are the best times of the year to make a climb.

However, the hike to the lake within the caldera is much easier. Although the route is very muddy and you will need knee-high rubber boots on this path.

So, if you plan to hike or climb anytime soon, then the Yellow Lagoon (Altar Volcano) is a spot you should visit.

Known as “Lagunas De Atillo” in Spanish, the Atillo Lagoons are a part of the Sangay National Park and the Ozogoche lake complex. It features other lagoons such as the Negra and Cuyug and the closest town to it is Guamate, which I about 48 kilometers southeast.

Filled with natural vegetation and grasslands, the Atillo Lagoons have a very impressive frame. Lovely waterfalls and streams surround the area and it is rich in fauna.

The weather around this region is pretty chilly so be advised to put on some warm clothing when you visit. 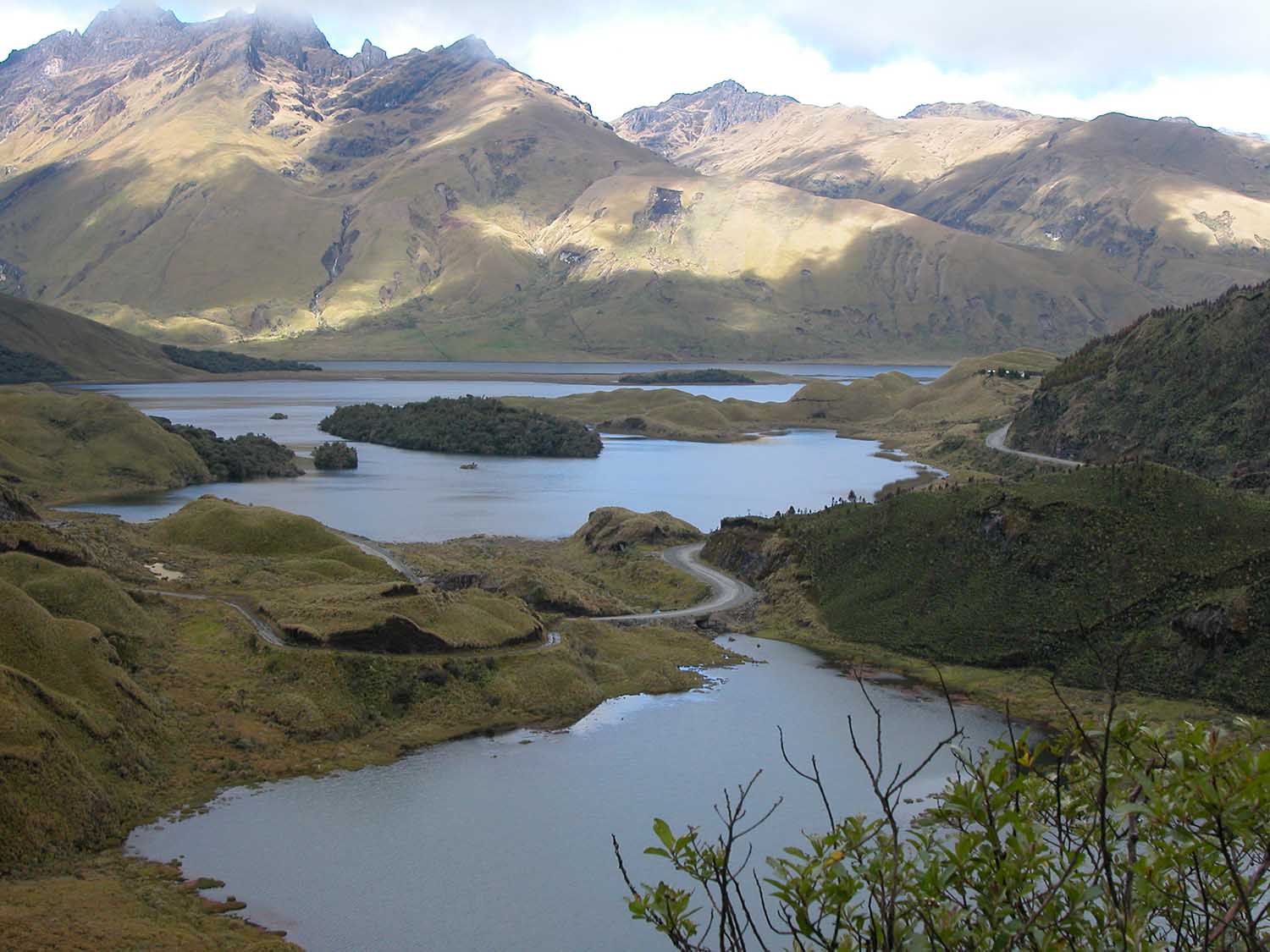 Located in San Cristobal, Galapagos islands, the El Juco Lagoon or “Laguna El Juco” has an average depth of 13 feet, a surface elevation of 2,300 feet and a surface area of 650,000 square feet.

The lake lacks permanent outflow, therefore heavy rains can cause the lakes to overflow. The overflow causes floods around the surrounding areas and it poses a challenge for the locals who live and farm around these regions.

Still, the El Juco Lagoon remains a beautiful destination and a prime tourist attraction any day!

When you speak of areas with the most bio-diversity on Earth, then the Cuyabeno Wildlife Reserve is on top of the list. The reserve is found in the Sucumbios province, around the Ecuadorian sections of the Amazon Rain Forest.

The Cuyabeno Wildlife Reserve boasts of several lakes, 13 actually, but the Laguna Grande (Big Lake) is the largest and it is the only one out of the 13 lakes that is open to tourists.

This area features beautiful flooded forests and a rich variety of plants and animals, making it a very attractive tourist destination.

The climate here is made up of 2 major seasons. The dry season (December to March) and the rainy season (April to July). In between, there’s a season mixed with some rain and some drought (August to November) 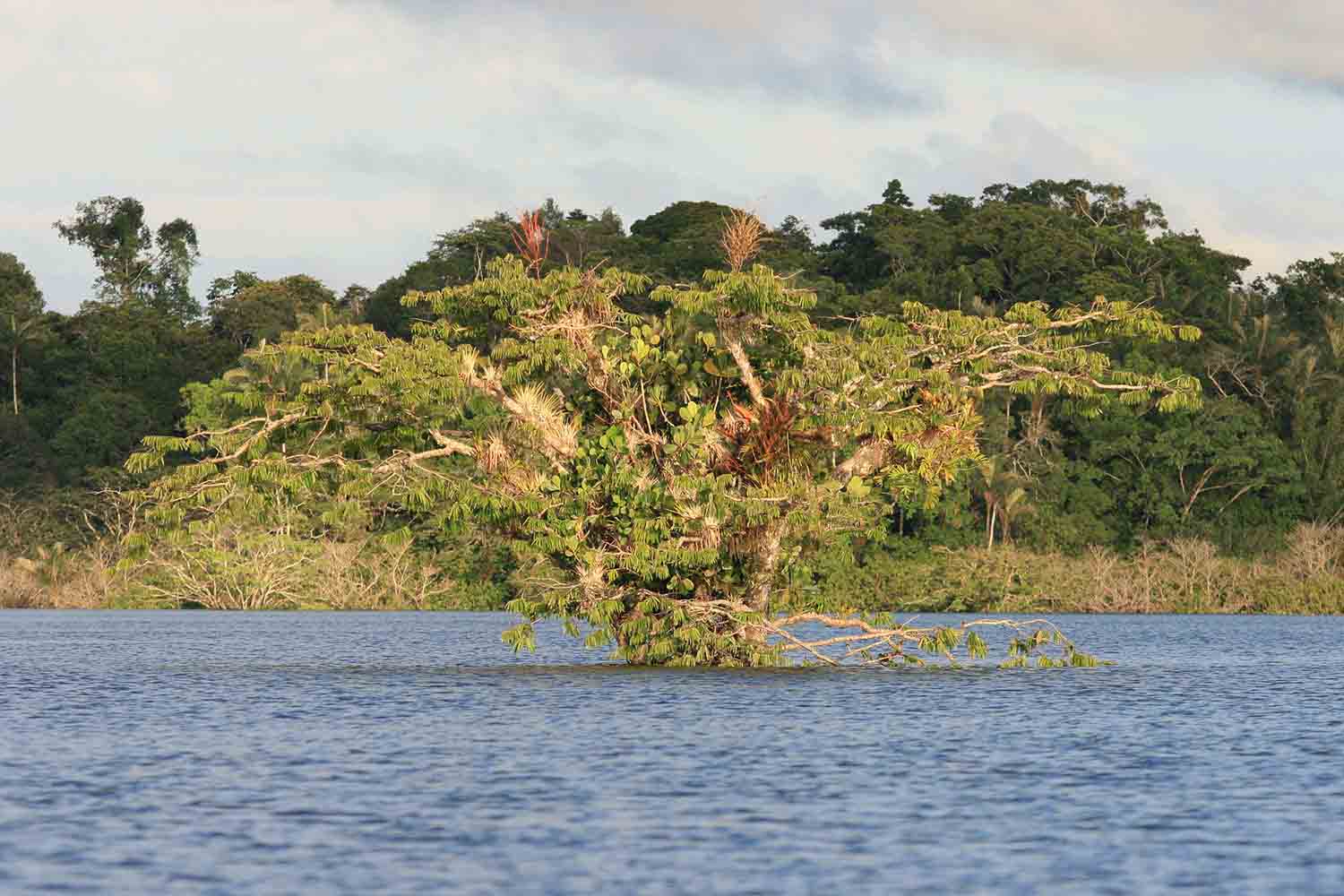 In the Podocarpus National Park (Loja), you will find the very beautiful and famous “Laguna Del Compadre”. It is a well visited site, attracting tourists from all around the world.

From the city of Loja, you can get there by means of public transport or a private vehicle, through a distance of about 7km. This area, located in the southern region of Ecuador, is characterized by great bio-diversity.

As for the climate, well it isn’t so cold, rather, it has a lot of humidity.

Cuicocha (The Lake Of Guinea Pigs) is a 3 kilometer wide caldera that is found at the foot of the Cotacachi Volcano, in the Cordillera Occidental of the Ecuadorian Andes. It has an elevation of 10,650 feet and a depth of 656 feet (at its deepest point).

It got its name due to the guinea pig shape of the largest island found in the middle of the lagoon. Guinea Pigs are very popular in Ecuadorian culture. They are rich in protein and are widely consumed by the natives, especially those who live in high altitudes.

A massive volcanic eruption about 3,000 years ago is responsible for the creation of the caldera. The volcano has been dormant ever since.

This is another exciting place to visit in Ecuador.

So, if you ever need to see some great lagoons and dormant volcano sites, consider visiting these 7 places. 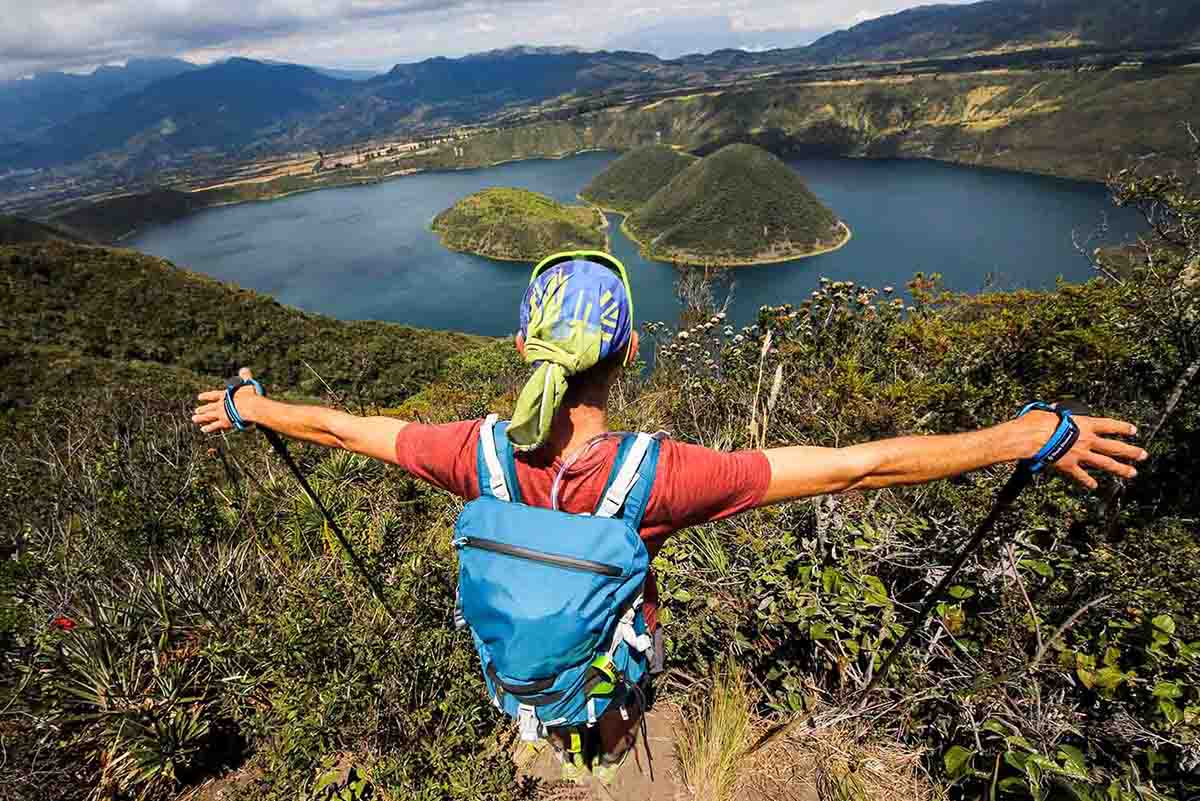