Ecuador's culture is greatly influenced by its Hispanic mestizo majority and Spanish Heritage. However, there is also distinct influences on Ecuadorian culture from Amerindian traditions and elements of African culture. The most substantial wave of modern immigration to Ecuador consisted of Spanish colonists. In the late 19th and early 20th centuries there was a small number of immigrants from Poland, Lithuania, England, Ireland, and Croatia. African slavery was not perpetrated in the Spanish colonies of the Andes Mountains of South America, instead the indigenous people were subjugated through evangelism and encomiendas. Due to this, the minority population that is of African descent is mostly found in the province of Esmeraldas where it is believed that a slave-trading ship was wrecked in the 17th century. There is an influence from Ecuador's indigenous communities on mainstream culture to varying degrees, but many indigenous communities practice their own separate culture, particularly the remote indigenous communities found in the Amazon basin. Spanish is the main language of the country and is spoken as a first language by more than 90% of the population. Part of Ecuador's population can speak Amerindian languages as well, with two percent of the population speaking only Amerindian languages. In Ecuador, you will have the opportunity to discover the traditions of the Amerindian indigenous peoples living in the Andes and the Amazon. Different experiences allow you to share their customs and become a part of the community. Ecuador is one of the rare places in the world where ancestral people have preserved the ancient customs and traditions.

While every region has its own traditions, there are some festivals celebrated by the majority of Ecuadorians. Listed below are some of the most popular festivals and traditions: 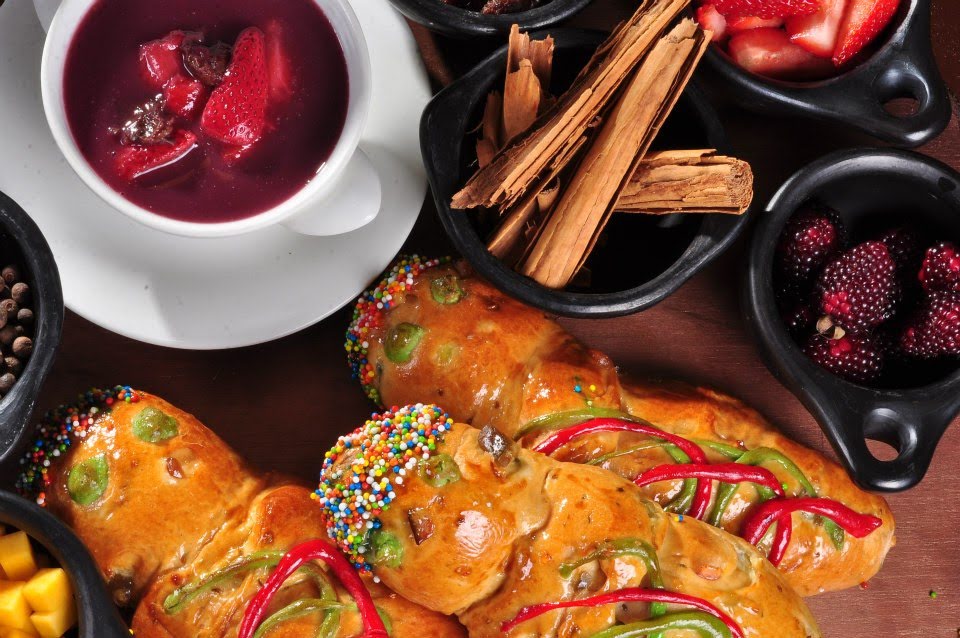 The day of the Dead

Yasuni National Park is considered the most biologically diverse spot on earth. It is here that the Equator, the Andes Mountains, and the Amazon rainforest converge leaving the park in the center of a small zone where amphibian, bird, mammal, and vascular plant diversity is at the highest levels found within the western hemisphere. 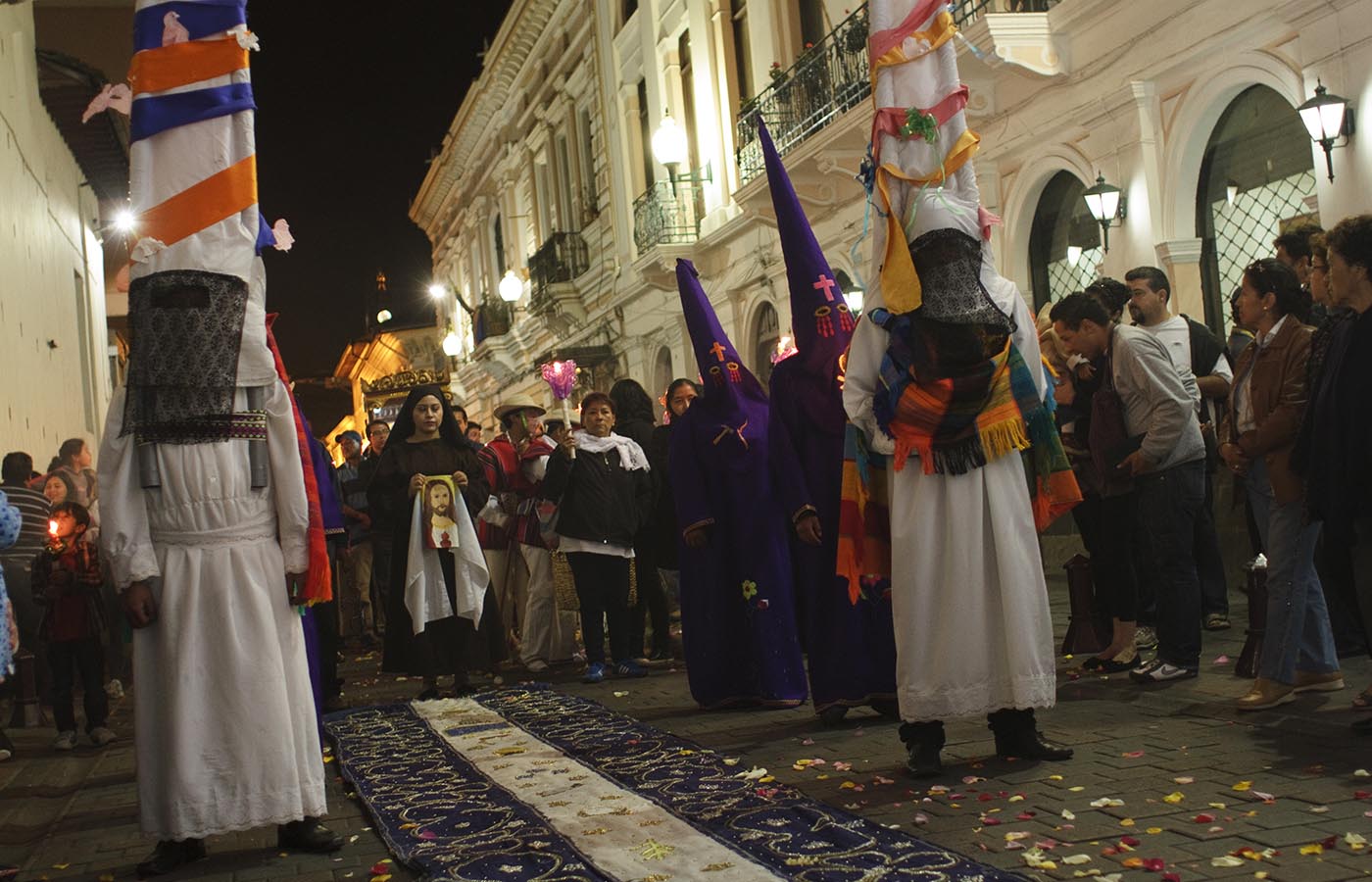 Holy Week is a weeklong religious celebration that includes Palm Sunday and Good Friday. The most popular and spectacular event during Holy Week in Ecuador is the procession of Jesús del Gran Poder (Jesus the Almighty) in Quito. 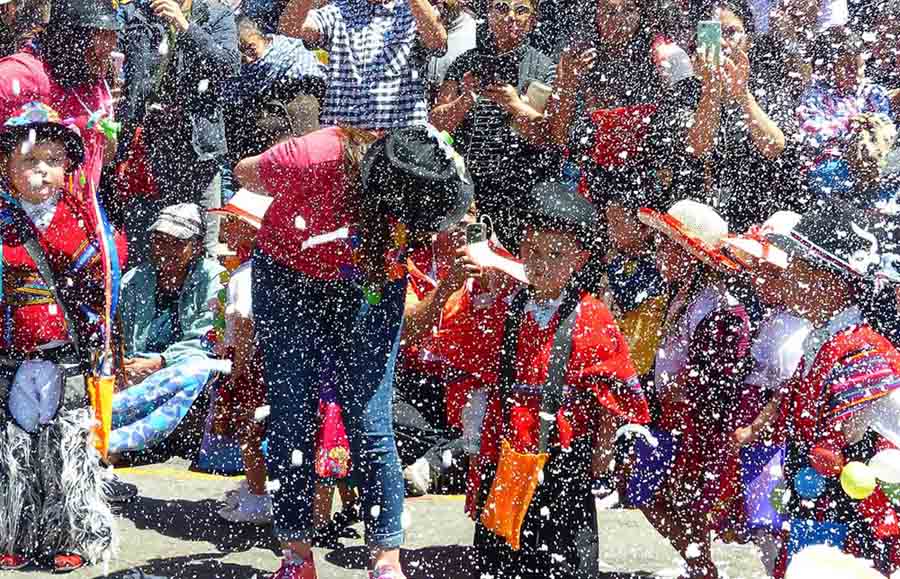 Carnival is an amazingly fun, colorful, exuberant holiday to celebrate excess and abundance before the beginning of Catholic Lent. Carnival also celebrate the indigenous holiday of Paucar Huatay which honors the end of the solar year. 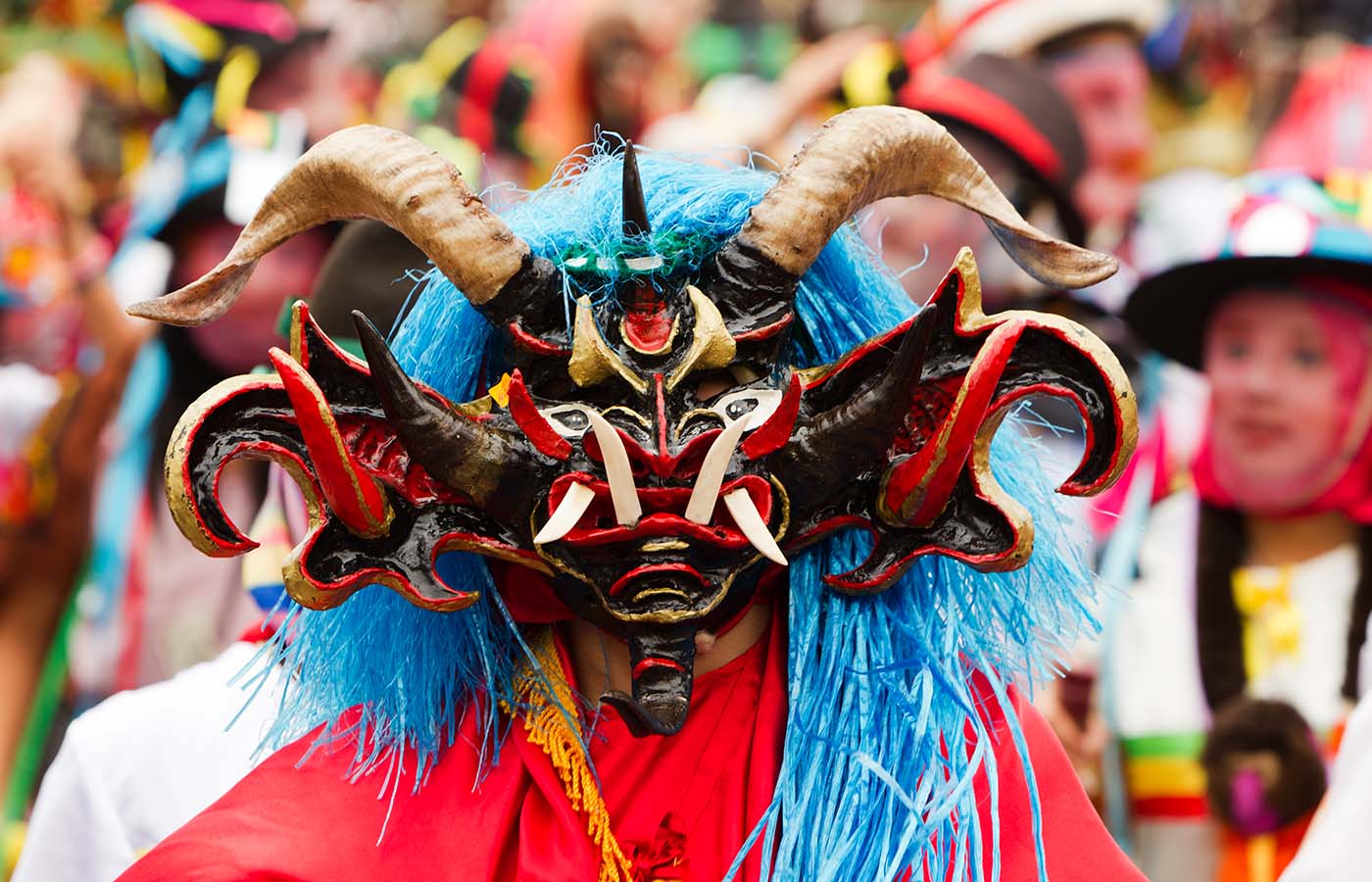 If you want to dress up as the devil and participate in an ancestral holiday meant to repudiate and mock the devil, you can visit Pillaro for La Diablada de Pillaro. In Santiago de Píllaro, thousands of people dress in the well-known Diablada Pillareña. 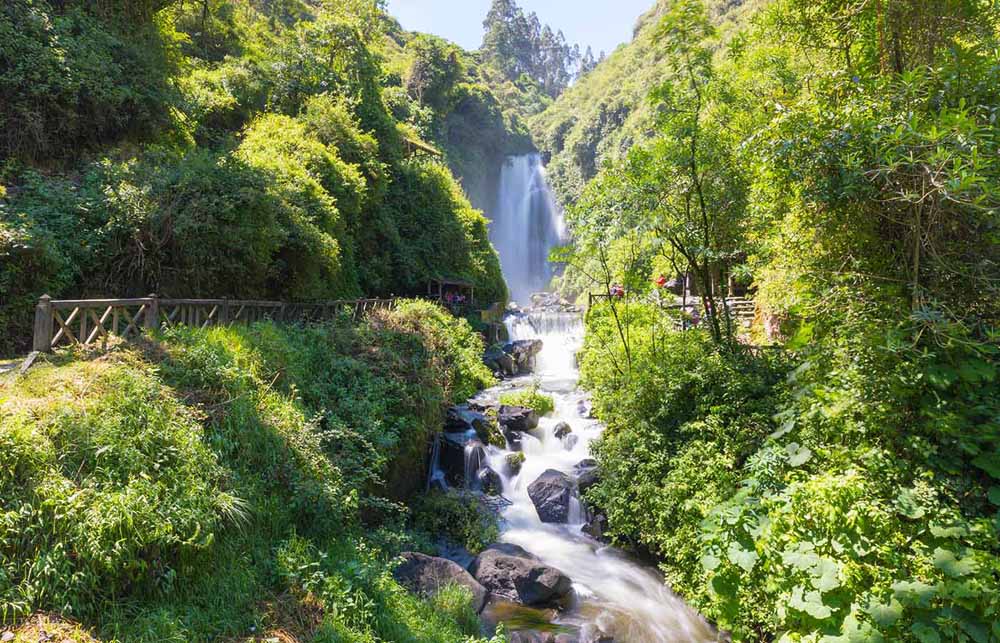 This Festival takes place in February or March of each year and is celebrated by the community of Peguche located north of Otavalo-Imbabura. This Carnival is of Andean origin and is a celebration of the fertility of the earth and the connection between Mother Earth and the Andean people. 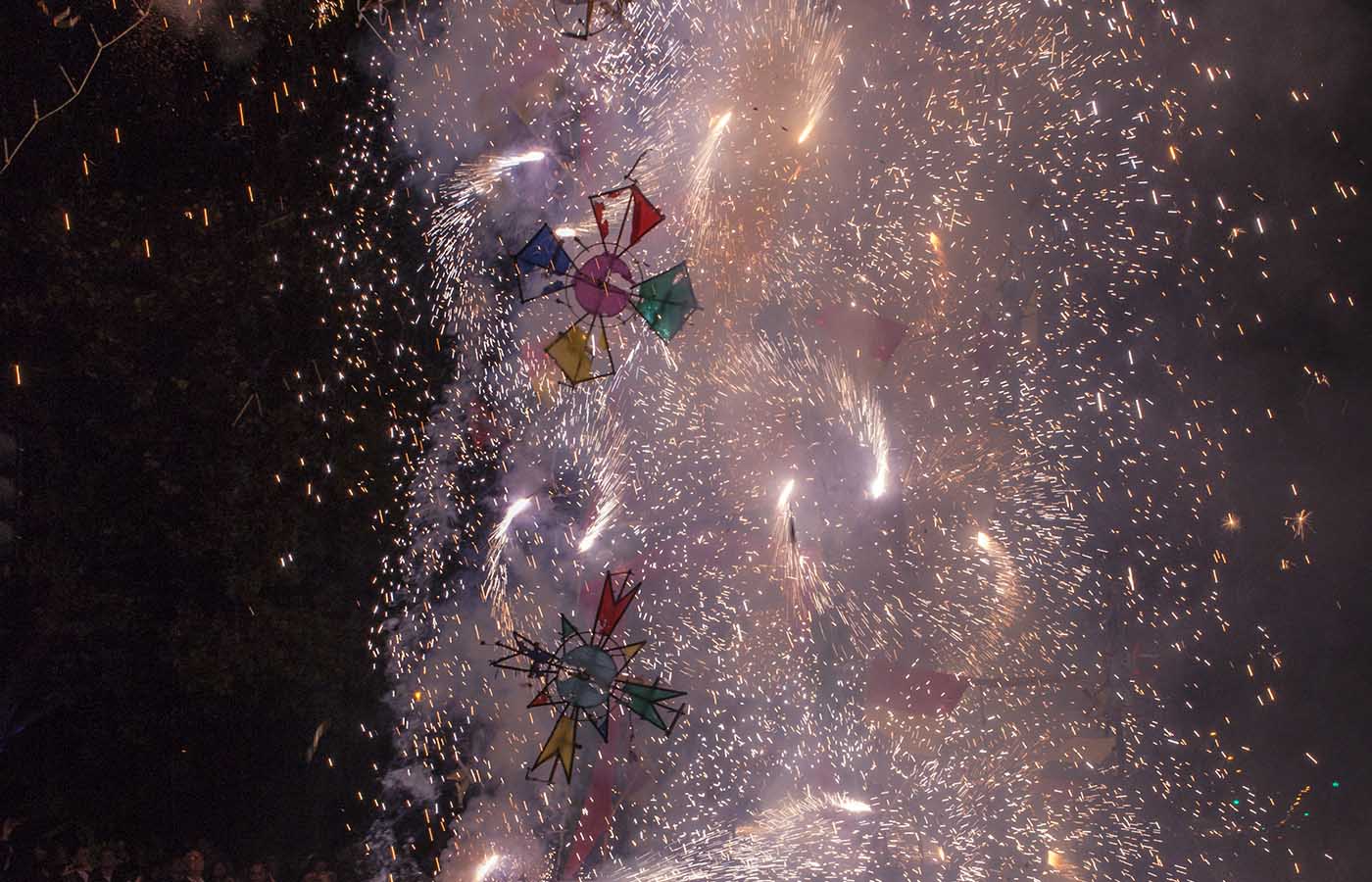 Corpus Christi is a combination of the Spanish Catholic holiday celebrating the body and blood of Christ and Andean Culture. In Ecuador, the festivities are celebrated in June, and are especially popular in Imbabura, Loja, Pujili, and Cuenca. 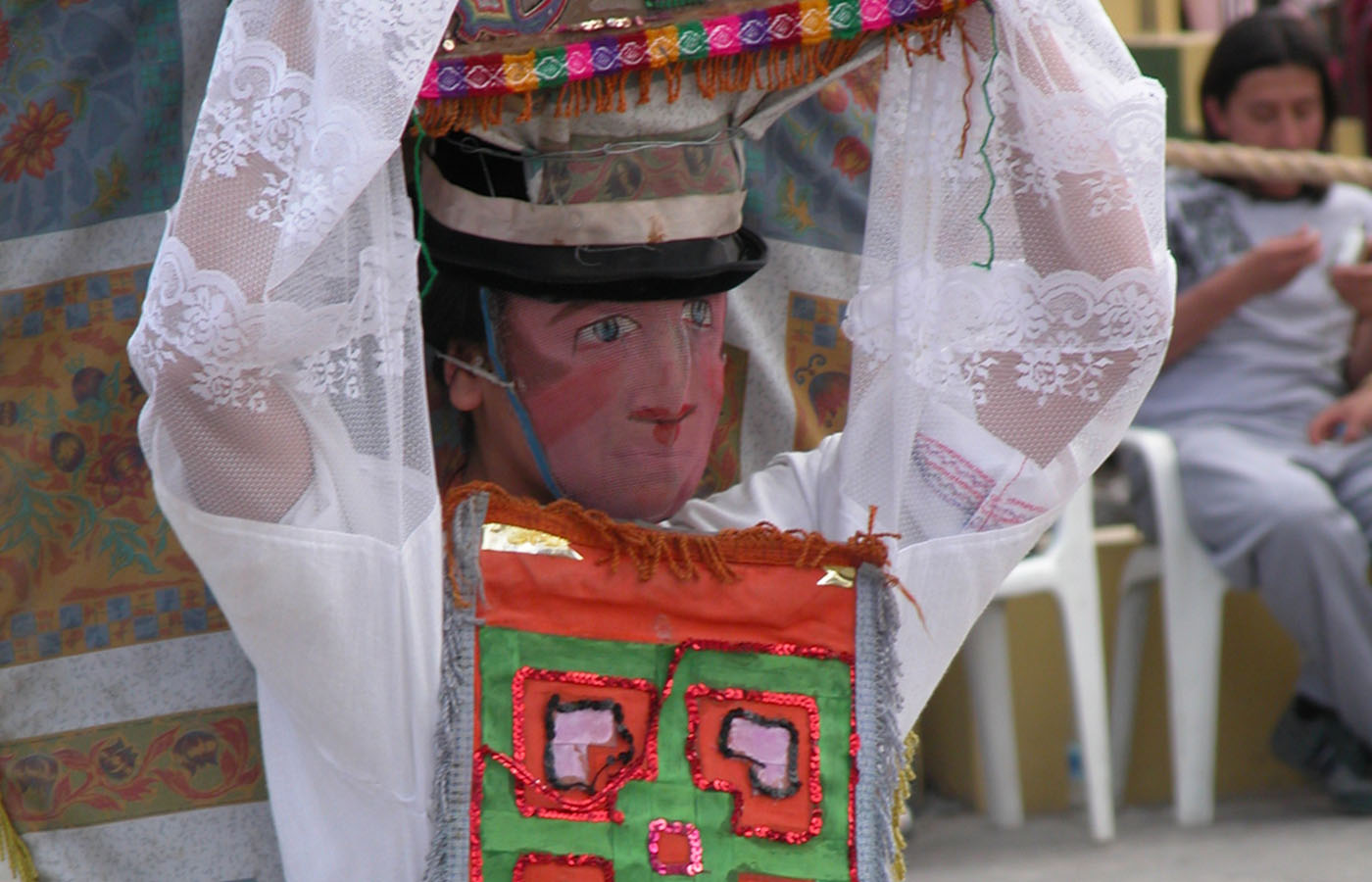 The Feast of the Inti Raymi, which is also referred to as The Feast of the Sun or The Solemn Easter of the Sun is another Ecuadorian cultural event that occurs in June of each year. This holiday is a tribute to the Sun God, thanking him for his kindness to the earth. 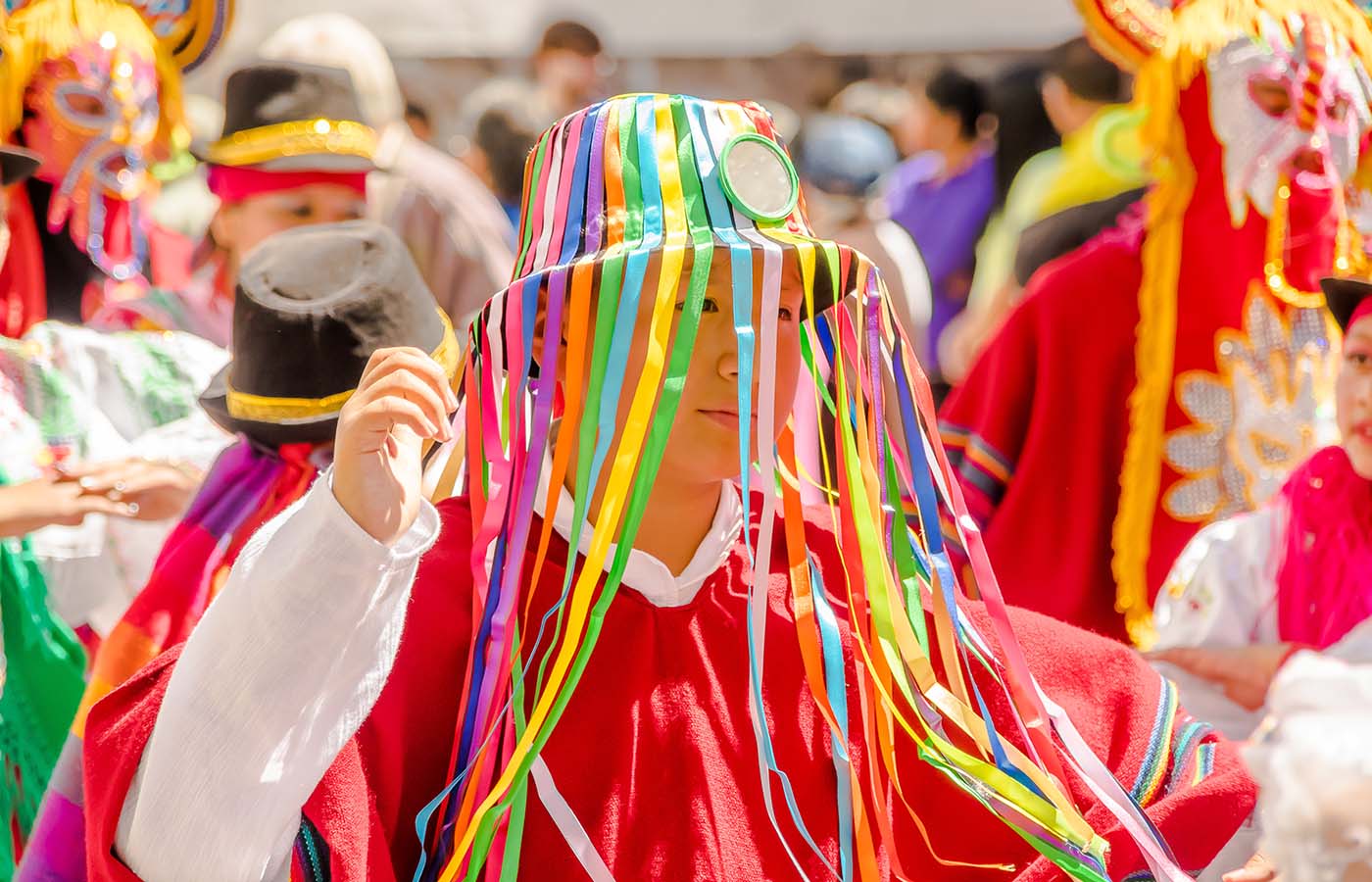 The Feast of the Inti Raymi, which is also referred to as The Feast of the Sun or The Solemn Easter of the Sun is another Ecuadorian cultural event that occurs in June of each year. This holiday is a tribute to the Sun God, thanking him for his kindness to the earth. The ceremony is full of ancestral symbolism and also incorporates reading of coca leaves and ritual animal sacrifice. This Feast also takes place in tandem with the summer solstice, thanks to the advanced skills of the indigenous people with using the stars to denote the passage of time. Large groups of people come from around the world each year to witness the feast and experience the ceremony. 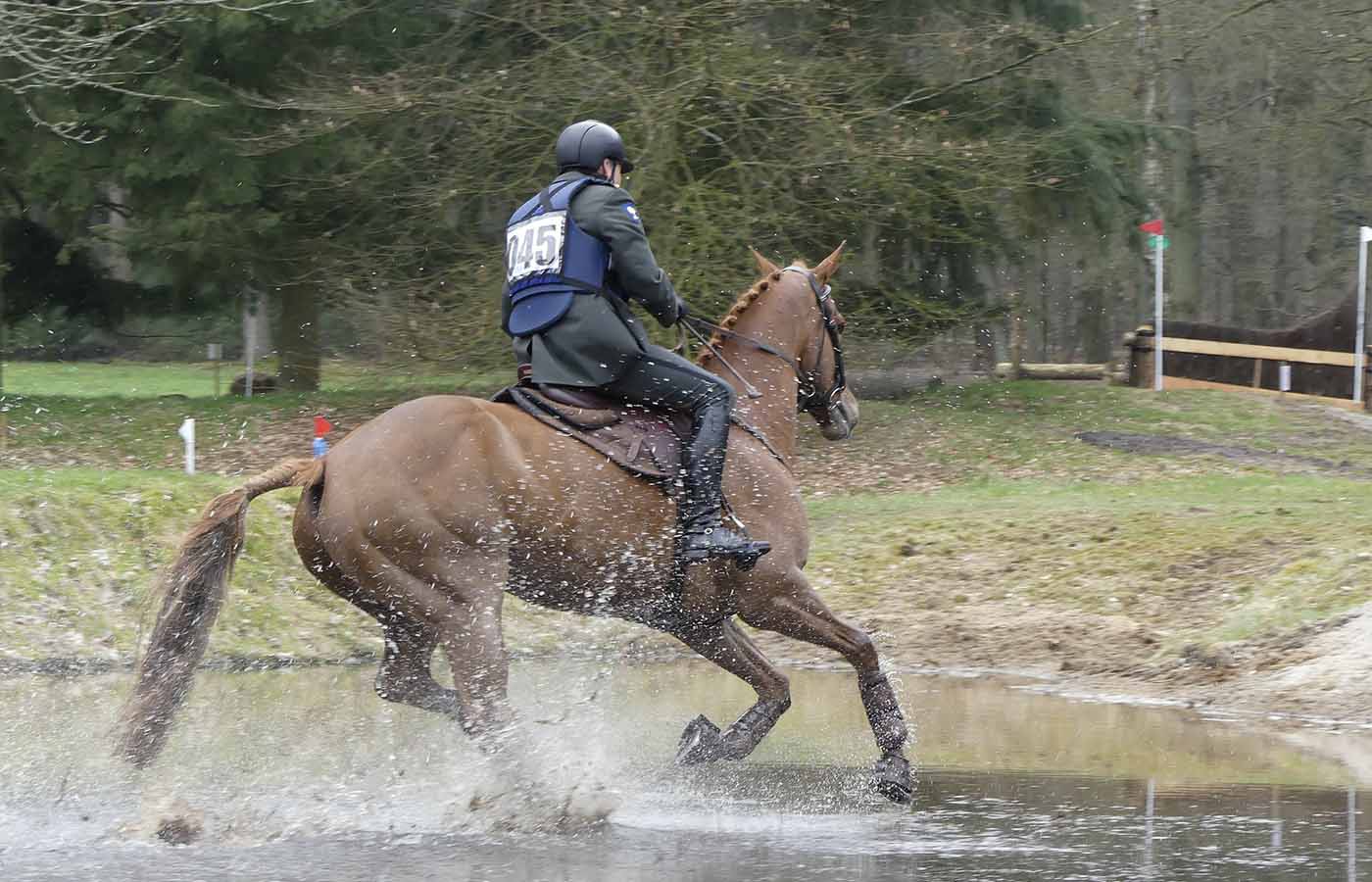 The Hunting of the Fox is a traditional competition that goes back to 1972, when some students of an equestrian school were invited to the San Vicente Ranch of Police, in Quito (Pichincha).